​Insight Astrology is a platform for teaching and learning astrology, but it's ​​not a school.

​​Insight Astrology is a ​​free-form anarchist ​collective ​made up of people just like you​:​ rebels, activists, ​visionaries, eccentrics, the kinky and the ​queer​. ​It's a place to embrace your unique blueprint and use it consciously to live a more empowered life.

Whether you're a seasoned pro or just getting started, Insight Astrology is a community where you can undertake a range of courses, in the areas of astrology that interest you. Prices are accessible and there are concessions available if you are not playing the cash game in a big way.

​But what makes Insight A​strology really unique is that ​it allows ​advanced students of astrology to ​create and teach ​their own courses, ​providing a source of ​sustainable, ethical income​. This is an area currently under development, so if you are interested get in touch to express your interest.

​At Insight Astrology we believe astrology is more than just telling fortunes and predicting the future. Astrology is the unique map of your journey and the key to unlocking your greatest potential. ​​​​Astrology can help us overcome trauma and live a proactive, balanced life, brimming with joy, pleasure and healthy relationships!

​Insight Astrology is ​currently ​recruiting kick-arse astrologers to join the collective, both to teach their own courses and to act as ​Mentors within the Know Yourself Astrology Circle. ​​For more information click here.

​This all sounds pretty cool right? But don't take our word for it...

"There is so much to love about this experience! This opportunity gave me the chance to learn so much more than I ever could have on my own... Everyone had different levels of knowledge of astrology and yet we were all able to gain from each others experiences, insights and perspectives. It was amazing to share with like minded souls!

This was the first time I participated in an online forum. It was wonderful to connect with people from all over the world. It was a beautiful journey that I am grateful to have been a part of."

“It has been a great experience. I have been looking at my note books for these last weeks and they are filled with astrology: drawings, thoughts… It has been very inspirational and also grounding.”

"I enjoyed interacting with everyone in the group the most. I appreciate having the chance to write about my experiences and to find that no one shied away from non textbook interpretations or considerations. What a great group of people!"

​"I have never experienced this before online - totally unlike Facebook or texting - civil in tone, words and respect for other members with wonderful interaction... I experienced the forum as a lively, engaging meeting place. Each participant offered insight and new questions. Because this was such a safe environment, members felt free to reveal themselves and their life struggles relating the former to astrological principles with the aim of attaining self knowledge and insight. This was about personal growth with no cheap labeling or knee jerk assumptions.​" 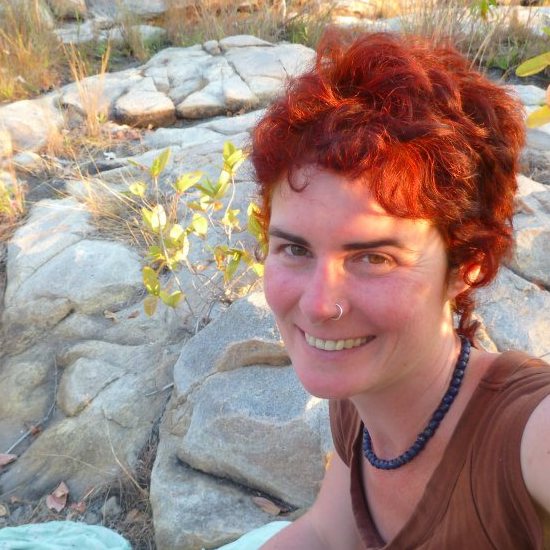 Faith has ​been a professional​ astrologer for over ten years and has a particular interest in the soul growth potential of relationships, outer planet transits and the mysterious, sometimes painful ways of Pluto.

Since beginning her study of astrology in 1996 she has come to realise what a powerful tool it is for personal growth. It inspires us to work through our life lessons and find peace and well-being. ​Her focus ​is to empower you to learn and apply the language of astrology for yourself.

Before taking up astrology full-time Faith worked for many years in community development, education for sustainability and youth mentoring. Her formal studies include a Masters in Education (Social Ecology), majoring in collaborative learning. She enjoys applying this knowledge and experience within the online environment. ​

Faith lives in Australia's beautiful Northern Rivers with her husband and two wildish wee daughters. Her orientation is eclectic ;) 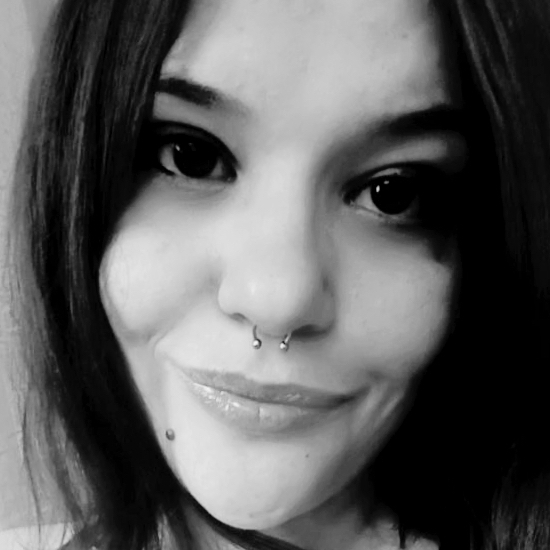 Cristina is an astrologer and Tarot reader based in Milan, Italy. She has been studying astrology, Tarot and other tools for spiritual and personal growth since 2009. Her first website, Aeternalight Astrology, was launched in 2013 and later rebranded as the popular Zodiac Poetry.

Soulful and radical in equal measure, Cristina's approach draws from both traditional wisdom and modern techniques to facilitate healing and self-awareness. As an openly Queer, chronically ill person, she is also interested in the application of astrology in matters of sexuality and social justice.

Cristina also works in the publishing industry as a freelance translator, and worked for many years as a bookseller in one of the biggest bookstores in Europe. She holds an MA in Cultural Anthropology, and her work is informed by a strong interest in human and animal rights.

A trained singer with a soprano range who occasionally picks up a camera and attempts to write novels and poetry, she's your average artsy Libra. She has been called an 'oracle' but identifies more as a mystical rebel with a cause.

“[Faith] helped me ground and structure my relationship to astrology, leaving freedom to my personal way of experiencing it... This to me is key in a teacher. She has been able to move from those old power relationships in teaching, being one with us, but always the teacher, authority and guide.”

"Faith is a perfect teacher. She generously shares her wealth of knowledge and experience. She is down-to-earth, patient, straight forward, kind and approachable. She touches on personal experiences within her feedback and answers (her own as well as her students) which makes a huge difference in applying the complex concepts of astrology to everyday life experience."

"[Cristina] has unique insight into planetary energy and a way of explaining it that both calms and inspires. Her personal readings delve right into our blind spots just enough to motivate us to own and properly embody our power for healing, helping, and keeping faith in the world and ourselves."

"Knowing yourself is the beginning of all wisdom" Aristotle

Ready to learn astrology with us?

Would you like to teach astrology and earn an income?

Insight Astrology regularly runs courses and workshops to help you unlock the secrets of your unique natal chart and begin following the planetary transits.